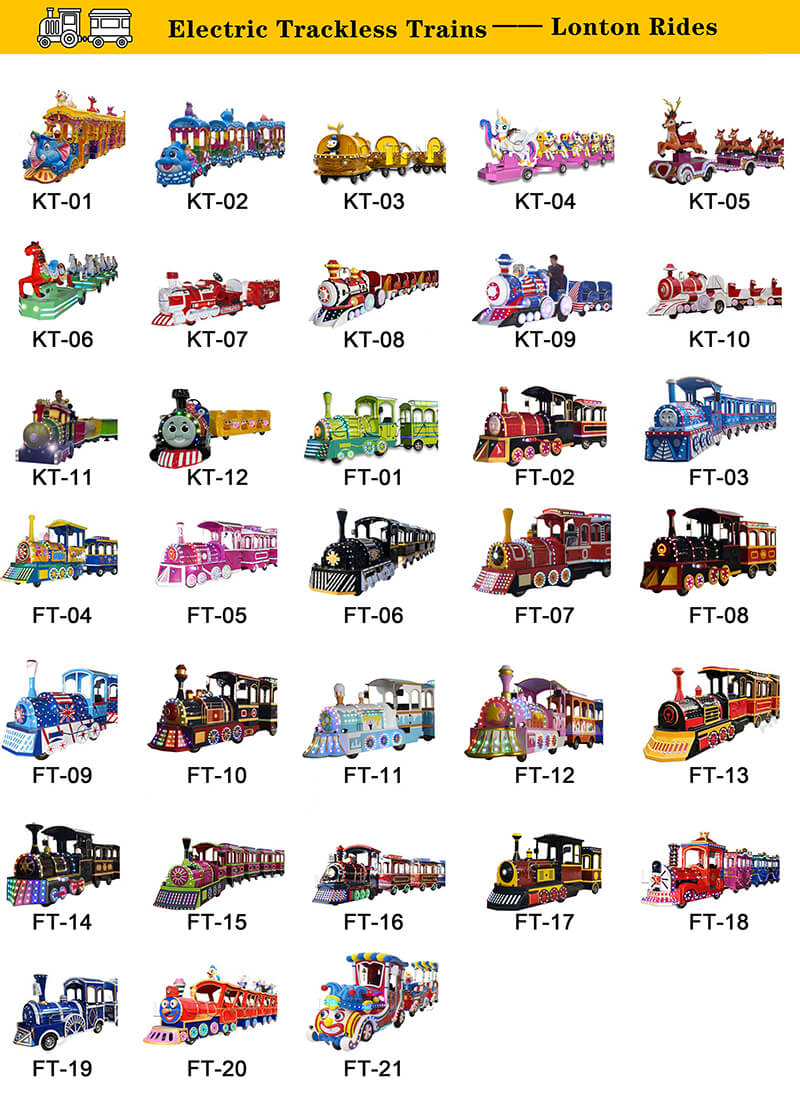 It’s now Children’s Day once again. In order to add a festive atmosphere, a market drive the “Kids’ amusement trackless train ride” into the store. Customers can take the little mall train ride traveling each store in the mall, which not only alleviate customers’ fatigue when walking on the mall but also enhance their understanding to the mall. When the trackless train into the mall, it instantly attracted a large number of people surround and watch, many people say they never seen such a wonderful small train, and many of them can’t help to ride it. In fact, this Kiddie and Family trackless train for sale amusement ride can not only become a children’s day present for the innocent kids, but also can become a Christmas game in the malls on Christmas day. Santa Claus can play as the driver, pulling kids to wander in the mall. How exciting scene it is!

City square is often gathered a lot of people. Every day after work and on holidays, weekends there are a lot of adults with their children come to the square to play. A smart investor came up with the idea of using the bustling crowd in the square to make money. He found us and bought a Mini Express – Electric Trackless Train. After that he operates this fairground train ride during the holidays in the city square. Every time when the train come over, it will attract large numbers of people come to sightsee and itch to try. Because this Kids’ amusement train rides is very safe, so the parents are willing to allow their children to play on it’ll month down, this investor won a very considerable income and according to his feedback, he only used three months to earn back its cost. 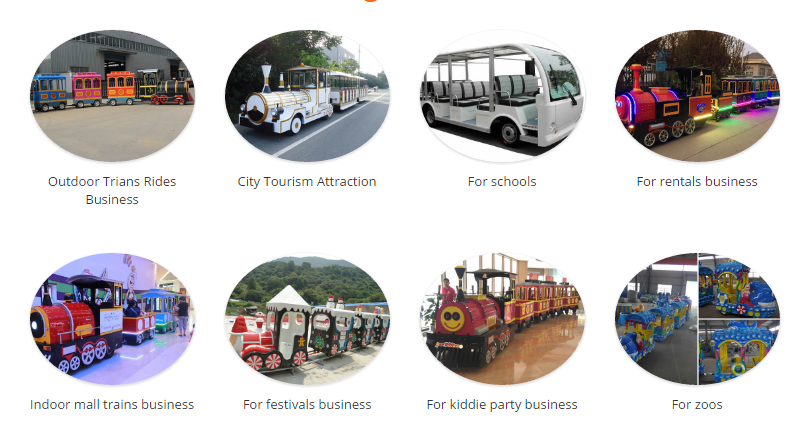