Self-controlled plane is a classic device that can be freely controlled by passengers. When a passenger sits in the cabin and presses the fire button, the device will emit a realistic shooting sound, as if the passenger is controlling a fighter jet. In addition, the self-controlled plane has a novel and beautiful shape, gorgeous and charming decoration of colored lights, which can attract many tourists amusement no matter it is day or night.

During the development process, Lonton adopted the latest hydraulic lifting device for this equipment, reducing noise and floor space. It covers an area of only 12*12m, the height of the lift can reach 3m, and can accommodate 16 passengers at a time.

The slewing bearing is driven by the hydraulic motor to rotate, and the slewing bearing is fixed with the turntable base, thereby realizing the rotation of the whole machine. Due to the working principle of the hydraulic motor, it can ensure the smooth starting, running and stopping of the self-controlled aircraft. The lifting movement of the cockpit is realized by the reciprocating movement of the oil cylinder. 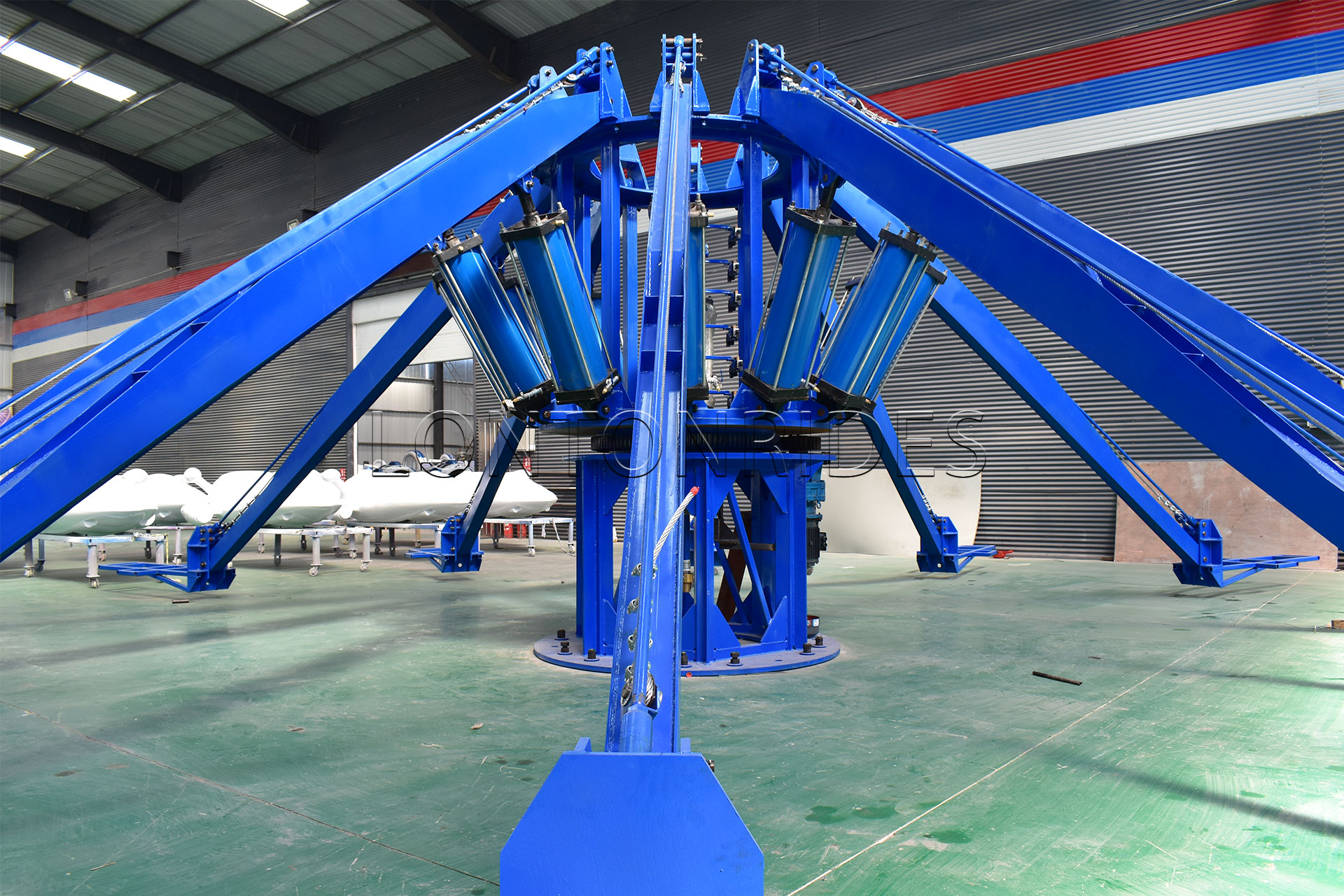 Composed of 1 set of 11kw motor, oil pump, oil cylinder, oil pipe, electric control valve speed control valve, etc., the compressed hydraulic oil sent out enters the oil cylinder system of each lifting arm through the oil pipe. First enter the electronic control valve to change the direction of the oil circuit to realize the reciprocating movement of the oil cylinder, then enter the speed regulating one-way throttle valve to adjust the speed of the cabin ascent, and then enter the oil discharge pipe to adjust the speed of the cabin descending. The double-acting cylinder is used as a single-acting cylinder, and the lowering is achieved by the cabin gravity. 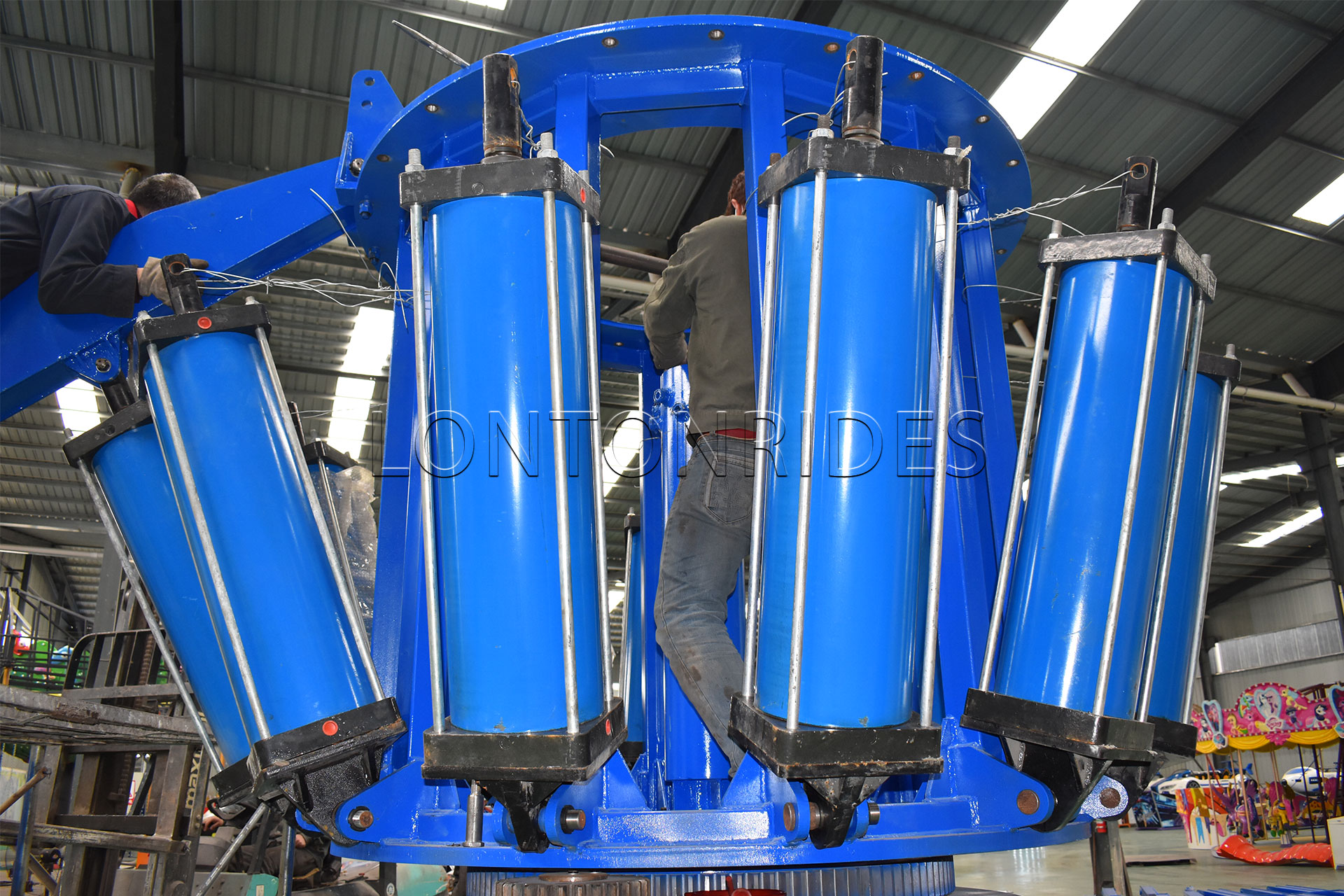 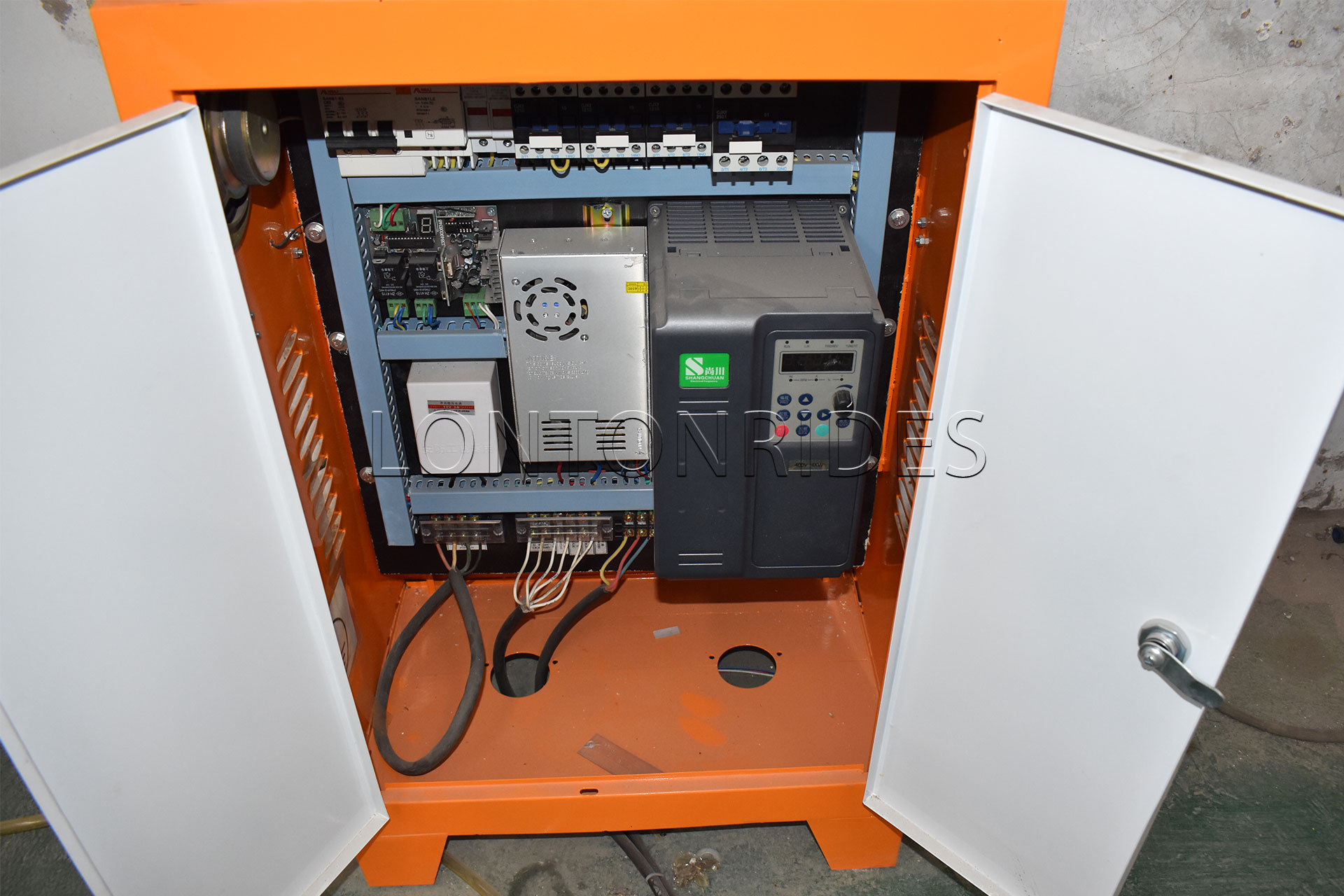 All in all, this self-controlled aircraft is suitable for all ages and is especially popular with children. It is an excellent investment choice for amusement equipment in parks, amusement parks, and youth palaces.