Ferris Wheel
Ferris wheel is the landmark of a park, even a mark of the city, so it is one of the necessary ride among each park.
$0
$0

In 2019, we have received many messages from customers asking about the removable Amusement Rides. This kind of rides are scarce in China, especially the large rides such as the Pirate Ship, Carousel, Swing Chair, etc. However, the demand for such rides is high. Clients need a equipment without a foundation, so that they can move the rides to cities or areas with more entertainment needs at any time to ensure that they maximize their revenue.

After careful study by the management and chief engineer, detailed calculations and software testing, Lonton Amusement Rides combined the needs of the market with the development of the first Removable ride - a 24-seat Luxury Carousel.

The carousel is mainly composed of iron and FRP. The main body is divided into three main parts with a complex structure, and the various parts are connected by steel tubes. The FRP will cover the main body and is not much different from a regular 24-seat carousel from the outside. Power-wise, the product will be paired with a rotary motor and 12 lift motors to control the body's rotation and the horse's ups and downs. The base frame reinforces the entire foundation with a hexagonal structure to keep the carousel smooth enough to run. 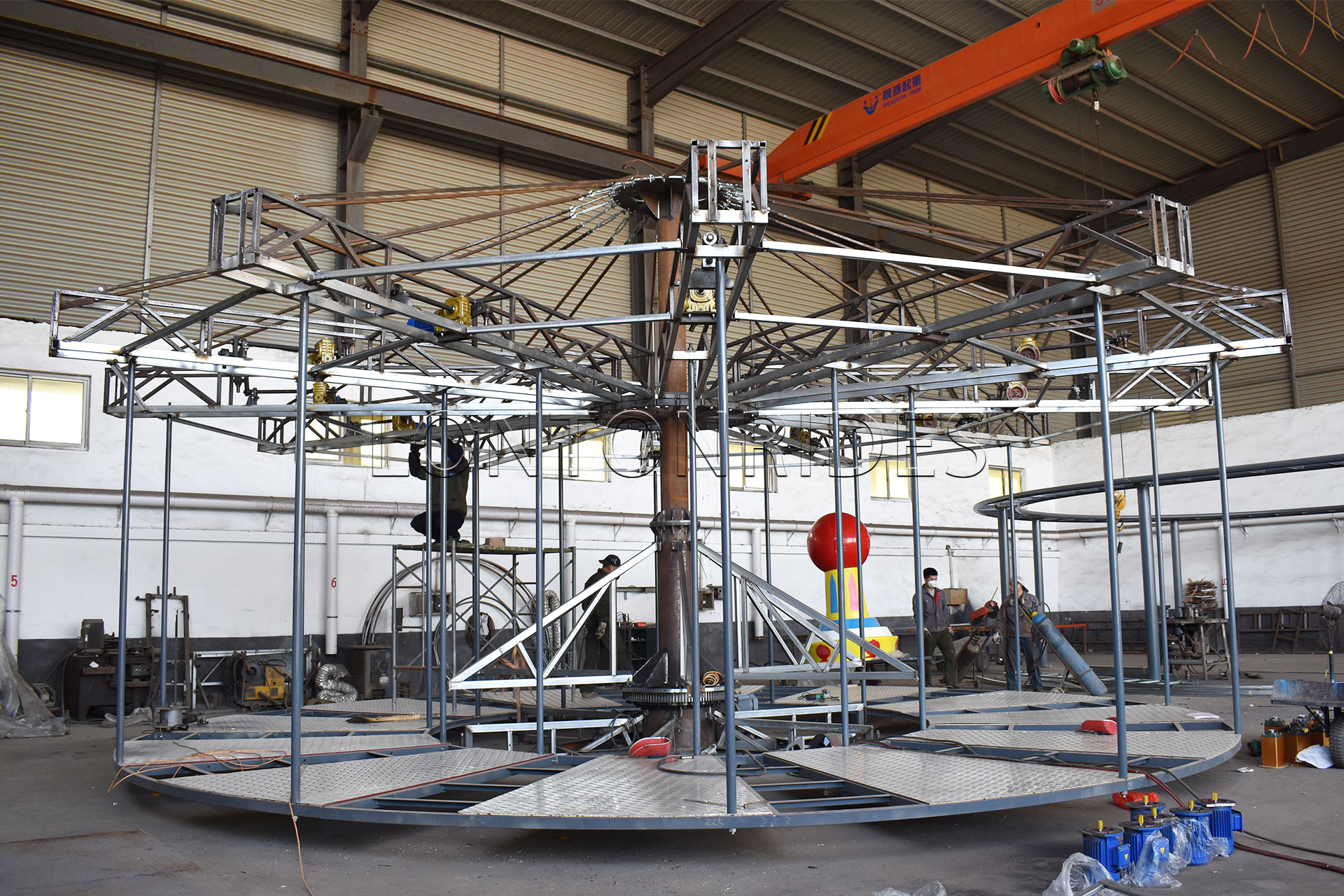 Currently, the production of the infrastructure for the first removable carousel by a UAE customer has been completed on my factory floor. After up to 48 hours of testing, the performance of the product was fully in line with the customer's requirements and our expectations. Next, the fiberglass and lighting effects are almost to be completed. It can be shipped as expected by the customer.

For most countries and regions of the world, small towns are very densely populated and have inadequate entertainment facilities, with the exception of some major cities, making this a potential business opportunity for the amusement park industry. In Australia, for example, the population is concentrated in the major cities of Sydney, Melbourne, Brisbane, Adelaide and Perth, which are not only economically developed, but also have a great entertainment life. In addition, however, there are millions of people living in other, more remote cities or villages. Due to the monolithic nature of recreational life, the local government invites a number of playground operators to come here in phases to provide a temporary playground for people's entertainment needs.

As a result, playground operators need equipment that can be dismantled at any time and periodically moved to various cities across the country to be stationed. The main advantages of this type of equipment are: